Veliko Gradište (Serbian Cyrillic: Велико Градиште, pronounced [ʋělikoː ɡrâdiːʃte]) is a town and municipality located in the Braničevo District of the eastern Serbia. It is situated the right bank of the Danube river and left bank of the Pek river. In 2011, the town has a total population of 6,204, while the municipality has 17,610.

Thracians and Dacians lived in the region prior to the Roman conquering of the Balkans in the 1st century BC, when the town was known as “Pincum“, in the province of Upper Moesia. The Pincum relief of the Trojan Cycle depicting Achilles and Hector was found in Ritopek.[3]

From here excursions can be taken to Viminicaijum.

Viminacium[1] (VIMINACIUM[2]) or Viminatium was a major city (provincial capital) and military camp[3] of the Roman province of Moesia (today’s Serbia), and the capital of Moesia Superior[3] (hence once Metropolitan archbishopric, now a Latin titular see). As of 2018, only 3 to 4% of the site have been explored.[4]

The site is located 12 km (7.5 mi) from the modern town of Kostolac in Eastern Serbia. The city dates back to the 1st century AD, and at its peak it is believed to have had 40,000 inhabitants,[5] making it one of the biggest cities of that time. It lies on the Roman road Via Militaris. Viminacium was devastated by Huns in the 5th century, but was later rebuilt by Justinian. It was completely destroyed with the arrival of Slavs in the 6th century. Today, the archaeological site occupies a total of 450 hectares (1,100 acres),[3] and contains remains of temples, streets, squares, amphitheatres, palaces, hippodromes and Roman baths.[6]

Viminacium holds a distinction of having the largest number of graves discovered in any Roman archaeological site. Until 2018, 15,000 graves have been discovered.[7] 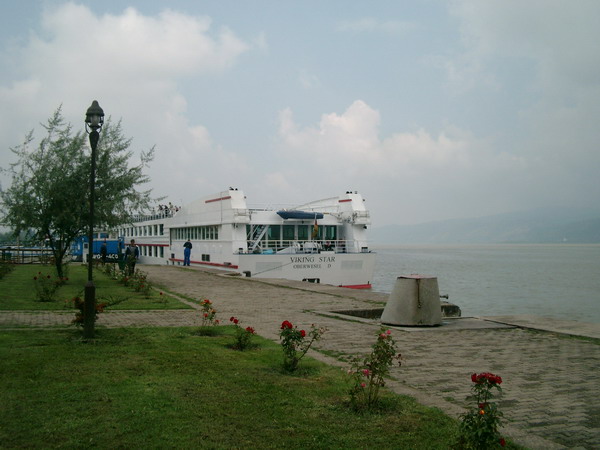