Sremska Mitrovica (Serbian Cyrillic: Сремска Митровица, pronounced [srêːmskaː mîtroʋitsa]) is a city and the administrative center of the Srem District in the autonomous province of Vojvodina, Serbia. It is situated on the left bank of the Sava river. As of 2011, the city has a total population of 37,751 inhabitants, while the city administrative area has a population of 79,940 inhabitants. Once a capital of the Roman Empire during the Tetrarchy, the city was referred to as the glorious mother of cities.[3]

Sremska Mitrovica is one of the oldest cities in Europe. Archaeologists have found a trace of organized human life dating from 5000 BC onwards. Ionian jewellery dating to 500BC was excavated in the city. When the Romans conquered the city in the 1st century BC, Sirmium already was a settlement with a long tradition. In the 1st century, Sirmium gained a status of a colony of the citizens of Rome, and became a very important military and strategic location in Pannonia province. The war expeditions of Roman emperors Traian, Marcus Aurelius, and Claudius II, were prepared in Sirmium.[citation needed]

In 293, with the establishment of tetrarchy, the Roman Empire was split into four parts; Sirmium became one of the four capital cities of the Empire, the other three being Augusta Treverorum, Mediolanum, and Nicomedia (modern Trier, Milan and Izmit). During the tetrarchy, Sirmium was the capital of emperor Galerius. With the establishment of praetorian prefectures in 318, the capital of the prefecture of Illyricum was Sirmium.[citation needed]

Beginning in the 4th century, the city was an important Christian centre, and was a seat of the Episcopate of Sirmium. Four Christian councils were held in Sirmium. At the end of the 4th century, Sirmium was brought under the sway of the Goths, and later, was again annexed to the Eastern Roman Empire. In 441, Sirmium was conquered by the Huns, and after this conquest, it remained for more than a century in the hands of various Germanic tribes, such were Eastern Goths and Gepids.[citation needed]

For a short time, Sirmium was the center of the Gepide State and the king Cunimund minted golden coins in it. After 567, Sirmium was again incorporated into Eastern Roman Empire. The city was conquered and destroyed by Avars in 582. This event marked the end of the period of late Antiquity in the history of Sirmium.[citation needed]

11 luxurious golden belts of Avar handicraft dating to the 6th century was excavated in the vicinity.[4] 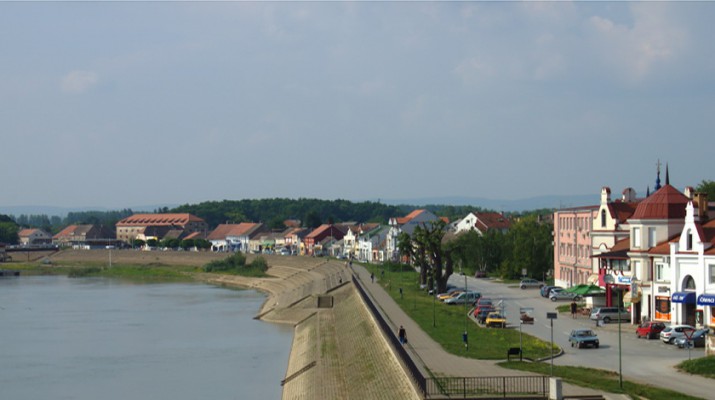