Novi Sad is the city of young people, music, fun and great nightlife. It is the home of EXIT festival, one of the best music events in Europe, that has had its first edition took place in 2000. Some of the best musicians from all over the world perform on the stages of EXIT festival every year. Still, Novi Sad has a lot more to offer. It is and open and tolerant city of friendly people and endless cultural diversity.

There are many legends about the foundation of this city. Since prehistoric times, many nations have lived in this area. The Petrovaradin fortress, that is the symbol of the city, dates from the Middle Ages, but it were the Austro-Hungarians that gave it the look it has today.

One of the legends says it were the merchants and craftsmen that have established the settlement around the Petrovaradin fortress in which they had worked but were forbidden to live.

During the ages, that settlement grew into one of the most beautiful cities in this part of Europe – Novi Sad, known also as “the Serbian Athens” due to its remarkable culture and history. According to this legend, the city has been founded by exactly 12 soldiers and 20 craftsmen (bakers, butchers and others).

Novi Sad is nowadays a home of about 300.000 people of various ethnicities and the capital of autonomous province of Vojvodina. It was that diversity (cultural, ethnic, religious etc.) that has made tolerance and open-mindedness for new things and ideas the key features of the city.

You are always welcome in Novi Sad, where friendly and hospitable locals will try to make each day you spend in their hometown unforgettable.

Each summer, Petrovaradin fortress hosts the famous EXIT music festival. During those days, the entire city dances with the music of some of the world’s greatest bands performing on several stages all around the fortress. Each year, more than 150.000 young people from all over the world come to Novi Sad, in the first place to have great fun. Next year, you can choose to be among them.

The city lies on the banks of the Danube river and numerous international tourist cruisers stop in its harbour. The visit to the city’s historic center is a must. There you can enjoy some of the magnificent buildings dating from the end of the XIX century when Novi Sad was the leader of cultural progress in this region, but also numerous elegant religious edifices belonging to various confessions.

Afterwards you can go to some of the city’s most famous “kafanas” (traditional Serbian taverns) and relax or have fun deep into the night with great Vojvodinian cuisine and tremendous tamburitza bands (a kind of a string instrument).

Not far from the city is “the Serbian Mount Athos” – Fruška Gora mountain with its 17 Christian Orthodox monasteries, oldest of them dating from the XV century. Here you can also enjoy wonderful nature, since the mountain is a national park as well. If you decide to stay a while longer, you can accommodate at a “salaš” (a kind of a farmstead).

This kind of an estate is pride of the Pannonian region. They provide perfect environments for rest and relaxation and offer a chance to get to know the customs of the area and some traditional lifestyle. There are several near Novi Sad, most famous being in Čenej, Veternik, Begeč and Kaćki atar. 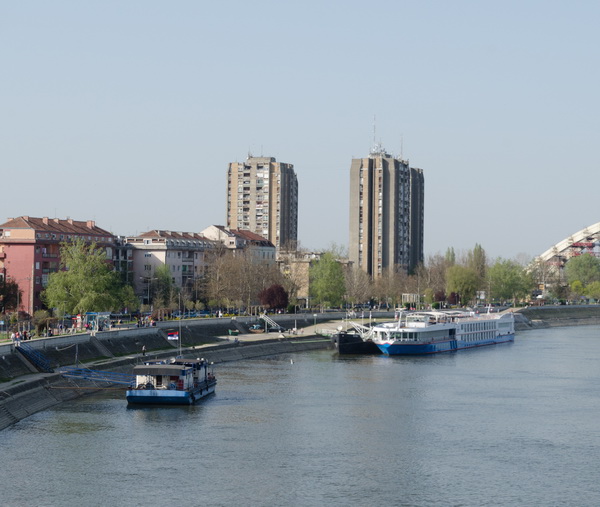